By Mark Wilson in Fast Company

But you are just one person versus the world. What can you do? We asked Stacy Lefkowitz, Director of Legal Services for Volunteer Lawyers for the Arts, who deals with these situations every day.

Here’s a step-by-step guide to dealing with thieves based on her advice. (Of course you would want to seek legal counsel. But these points are the first things any lawyer will address when you walk into his office the first time.)

1. Make Sure You Actually Recorded Your Idea Before you get too worked up, make sure that you’ve actually recorded your idea, that you’ve taken that photograph you had in mind, or that you’d developed a prototype for that app you’d always been thinking about. 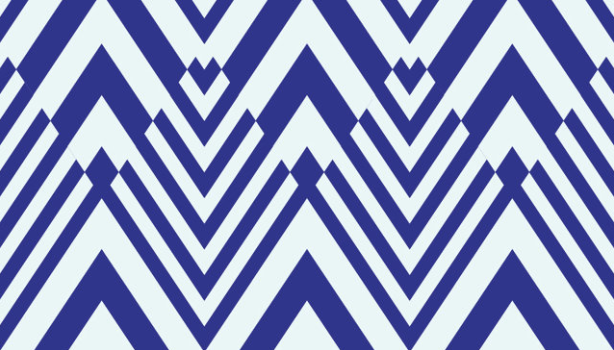 “Ideas are not copyrightable,” Lefkowitz says. “So if someone says ‘they stole my idea!’ we’d have to see whether or not they’d actually put it in a fixed, tangible medium.” Assuming you have rendered your idea in a tangible medium, we have good news: The moment you print a picture, or save a design on Behance, you have a common-law copyright. And that copyright is the most basic tool you’ll need going forward, because if you decide to take action, you’ll be suing for copyright infringement. 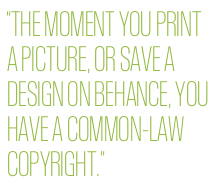 Note: if you’ve actually taken the step to formally copyright your work with the U.S. Copyright Office, things may play out better for you. (More on that below.)

2. Prove The Alleged Thief Could Have Found Your Work So assuming you recorded your work, was there any practical way for the alleged thief to have come across it? “Will that [alleged thief] admit they went to a gallery opening? That might be a difficult prove,” Lefkowitz cautions. But there is a silver lining. If you’ve saved your project anywhere online, she says, “it’s fair enough to say they have access.”

3. Discern If The Infringing Work Qualifies As A Copy But what constitutes a copy anyway? When a photograph is duplicated pixel by pixel, that's easy to discern. But for instance, what if someone sews a novelty sock monkey that looks like your novelty sock monkey but uses completely different stitching techniques and comes in different colors, does that really count as a copy? In a word, yes. Though it would possibly be labeled a "derivative work"--what is essentially a riff on your core, copyrighted creation. What a court would call a derivative work is generally based upon what a "reasonable observer" would call a copy. So if a reasonable observer thinks your sock monkey has been ripped off, the court should think that your sock monkey has been ripped off, too. In other words, ask a stranger what she thinks of your situation.

4. Send That Cease And Desist Letter! Assuming you’ve met the criteria for steps one and two, a lawyer will likely draft a cease and desist letter on your behalf. It’s a strongly worded takedown notice, generally demanding that the infringer stop using the copied work immediately or within 30 days. “Attorneys will usually go back and forth at that point,” Lefkowitz says. And for many, this is where a copyright tussle will end. 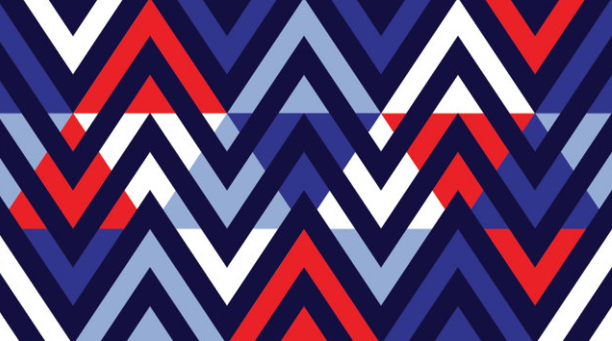 5. Assess Whether It’s Worth It From here, maybe the infringer complies, and maybe he doesn't. The question remains, do you go into full litigation mode and make that person pay for stealing your work? This is why you have a lawyer, to assess whether or not it’s worth it to you in your particular situation.

“Sometimes, there’s not a lot of money behind the infringement,” Lefkowitz says. “Sometimes people are willing to fight based on the principle, but principles are costly.”

Legal consultation costs hundreds of dollars an hour. And even if you can get that part subsidized through an organization like Volunteer Lawyers for the Arts, which offers pro bono legal services for members, you can still face hundreds to thousands of dollars in unavoidable court fees. (Of course, if you win a lawsuit, you can recoup all these legal costs as damages. But if you lose your lawsuit, you may have to pay the alleged infringer's legal fees!)

Compare these costs of money and time to what you could actually make from the infringement. As the plaintiff, you have the hefty task of proving the money you’ve lost to the infringing work. Now if the producer of a Hollywood blockbuster stole something you created, you would probably want to pursue that case, because the movie made a lot of money off your work. But many infringements take place on a very small scale, and the precise amount you’ve lost to the infringing copyright can either be small or impossible to quantify.

Assuming you have formally filed your copyright, you qualify to sue for statutory damages, which are a slightly more formalized range of values that Congress has assigned to works like photographs or songs (reaching as high as $150,000 per infringing work). In reality, while you’ll have less trouble defending the claim to your own copyright, you still have to both prove both a copyright infringement and quantify the damages that you’d like to be paid, first. For instance, it’s quite likely that, if someone steals an article you wrote online and publishes it in a print magazine, the damages may only be what you would have been paid to write that article for that print magazine legitimately. Is that paycheck worth the hassle of going to court? It’s the sort of question anyone who’s felt robbed needs to ask themselves. “I wouldn't encourage people to just take it,” Lefkowitz cautions,” but you have to do the analysis as to whether or not you want to go through with a full litigation.”

6. Again, Seek Legal Counsel Copyright law is tricky (it's law!), and the way it's interpreted can vary wildly by region because local courts interpret law differently. (It's worth noting that the advice in this article is primarily from the perspective of a lawyer from the second circuit court, but copyright interpretations may differ in the 10 other circuit courts nationwide.) Plus, we haven't even touched on the topic of patented designs, which is essentially a whole other winding branch of law, nor have we opened the can of worms behind fair use (though you can explore that topic here). The best thing you can do if you think someone has stolen from you is to remain as objective as possible, estimate your risk, and know that when it comes to legal fees and your own lost productivity, you might win the battle but you'll likely lose the war.