Canadian astronaut Col. Chris Hadfield has recorded the first music video in space. It’s only been out for about a week, but it’s got over 14 million views.

Produced by David Bowie’s current keyboard player, Emm Gryner, it’s a wonderful rendition of "Space Oddity", sung from the viewpoint of a man, not blasting off into the unknown, but leaving space and coming back down to earth. It's moving and inspiring.

Chris Hadfield spent four months aboard the International Space Station, heading up the first expediaiton under the command of a Canadian. During his tenure he became a bit of an Internet celebrity, embracing social media. He’s the star of many a YouTube video, answering questions and demonstrating the effects of weightlessness on typically mundane things, like wringing out a towel, making a peanut butter sandwich or sleeping in space jammies.

He's also an accomplished photographer, taking pictures like this... 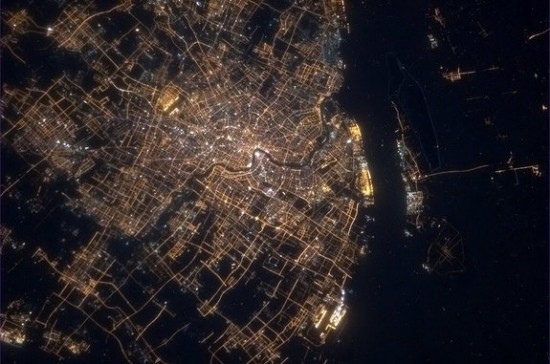 A quote from an AMA (Ask Me Anything) thread Mr. Hadfield participated in on Reddit became the subject of an inspirational comic by Gavin Aung Than.

There are so many videos and pictures either produced or featuring Mr. Hadfield out there, it would be futile to try to catalogue them all. But do search, look and maybe learn and be inspired.

Chris Hadfield is a hero: Canada's hero, a hero of science, and a rock hero.