On the heels of launching an exciting new Creative Invite for artists to illustrate his original comic book, Ammon, Aaron D’Errico gives us a personal account of how his semi-autobiographical comic hero came to be and offers advice for other artists looking to collaborate through Talenthouse.

A Hero is Born 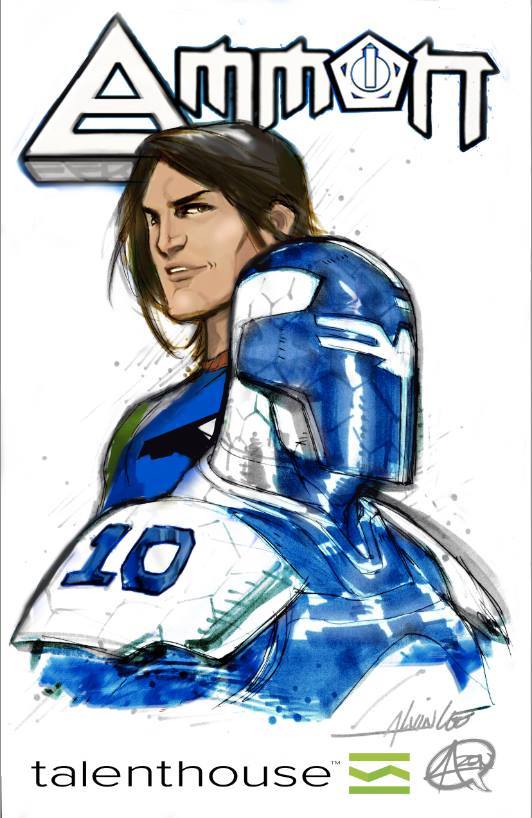 Growing up with a Dad that was a Captain of The USA Men’s National Soccer Team and a Mom that was a model was like having Captain America and Wonder Woman as my parents.

I’d always wanted to be the best of my parents and play pro soccer for the Seattle Sounders like my Dad, despite being born with cerebral palsy that effects my walking.

My comic hero, Ammon is the med student with cerebral palsy (cp) who secretly dreams of being a soccer star –like his Dad.

In his search for a cure for cp Ammon gains superpowers with a blend of science and spirit, using them to join the same Seattle soccer team that his Dad played for as a champion soccer gladiator in a future world.

Ammon and his all-human team inspire people on and off the pitch when they become part of a global wager for humanity’s freedom, playing against cutthroat enhanced villains that will do anything to stop them from winning soccer’s ultimate prize and their liberty.

To make him unique, I had Ammon’s distinctive powers be enhanced by taking positive action, especially during moments of conflict, because my goal is to create role models that lead by positive example and build strength of character by overcoming challenges –such as Ammon turning limitation to inspiration -- rather than just perpetuating the violent vigilante trend.

"My goal is to create role models that lead by positive example and build strength of character by overcoming challenges."

Thinking about Stan Lee’s co-creation Spider-Man, and one of my favorite manga comics, Speed Racer and how both heroes inspired me as a kid, I decided to seek out a great artist to draw a manga comic book of my semi-autobiographical soccer-hero.

The end goal of my invite is to create a printed comic of Ammon and a digital animated “motion comic” with it’s own soundtrack.

It’s an exciting honor to me that Ammon has gone from an entry for the Talenthouse/Stan Lee Create-A-Superhero creative invite, in 2011 to the subject of his very own invite two years later, taking his own form of “The Hero’s Journey” described by Joseph Campbell.

Advice to Other Creatives I’ve made a list of things I’ve done to help make my Talenthouse creative invite a success so that you can apply it to your invite too.

LOVE WHAT YOU DO
Be passionate about your goal so that you’ll continue to pursue and realize it through both challenging and good times.

BE KIND
Be kind to yourself and others because it won’t always be easy, yet if you enjoy the process and do good things with it, it’s worth it.

POSITIVE PERSISTENCE PAYS OFF
In the course of reaching out to many people to share my invite and story, a lot of calls weren’t returned, yet luckily the right ones were.

MAKE A PLAN
Plan ahead for things like promotion and fundraising for your invite prize as to give creatives an incentive to enter, because you can have a great idea, yet few people if any work for free.  Also people need to know about your invite in order to help.

MAKE IT EASY
After some trial and error I discovered that it’s very important to make your invite easy to understand and also easy to enter.

GET SUPPORT
Along with help from the Talenthouse staff, it’s really helpful to surround yourself with supportive family and friends, who are excited to help, even in simple ways, because you can’t do everything yourself.

VALUE MATTERS
After many artists were interested in my invite but wanted to be paid appropriately, I learned that  if I expect professional results for my invite, then the winning artist deserves professional pay.

Soon I found a smart way to fund and promote my invite simultaneously with a video about it on a page I set up on the crowd funding website, Crowdtilt.com, something I also mentioned in all my recent interviews to help get the word out about both the fundraiser and invite. 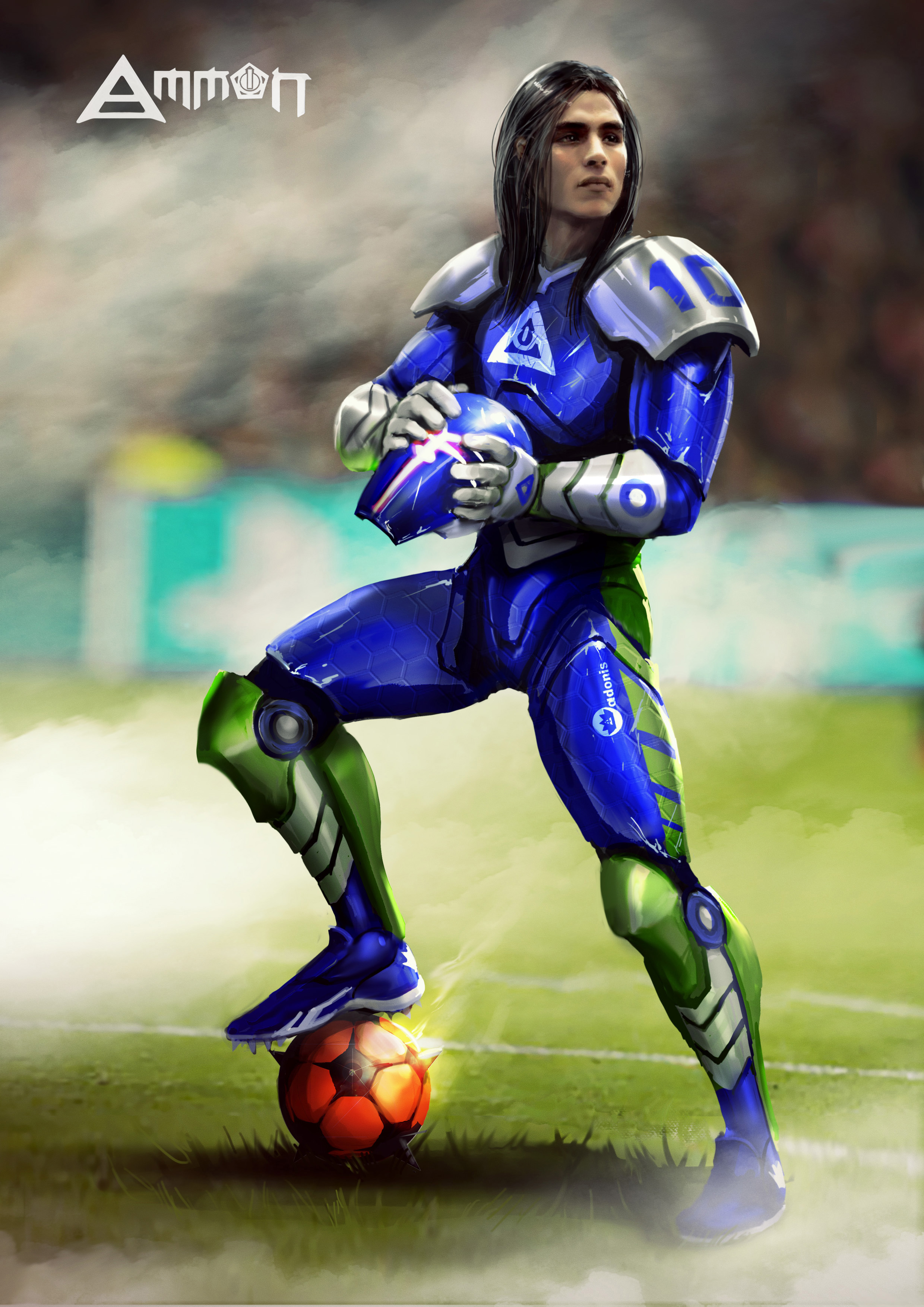 With the help of family and friends we raised the  $2,000 amount to pay the winning artist to draw my comic.

MAKE THE MOST OF WHAT’S AVAILABLE TO YOU
I spread the word of my current invite and previous invites I’d entered via Youtube, Twitter, a Facebook fan page, local newspapers, and websites along with radio and TV.

HAVE A POSITIVE PERSONAL CAUSE
After overcoming a learning disability, it’s  been important to me to help people of all ages, walks of life and ability levels to read, so I felt a comic book is a good place to start.  Plus, when I face challenges I remember why I started all this in the first place --to help others and inspire people while doing what I love--.

Thank you to Talenthouse and all my friends and loved ones who support me.

Again, I appreciate this opportunity to share my experiences and hopefully inspire other people as I realize my goals of doing “great things” with my talents.

SUBMIT NOW to Illustrate a comic book for Aaron D'Errico!

Aaron D'Errico is a comic book writer/artist, whose goal is to make motion comics that entertain, inspire, and enlighten.